What’s up with Diesels in Reno and Sparks?

There are two reasons for this. The first is a recent change in environmental laws which went into effect in 2017 and have upgraded emissions standards for diesel fuel in North America. Diesel fuel in North America used to have higher sulfur content than European fuel, meaning it was a dirtier fuel to burn. Which was okay for heavy-duty engines in larger vehicles. The lighter-weight engines in passenger vehicles just couldn’t tolerate it. 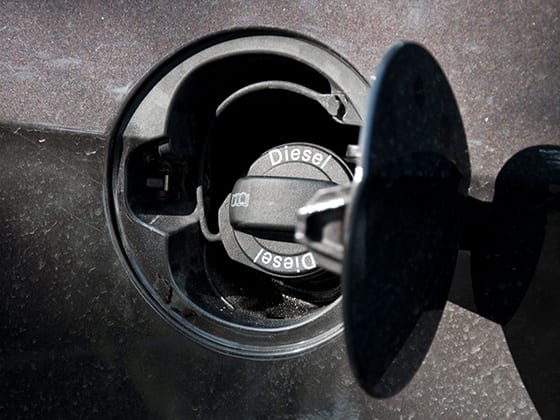 But the high sulfur content is now a thing of the past. Fuel producers are now required to sell cleaner diesel fuel in Reno and Sparks. This change makes the North American market friendlier to more diesel-powered vehicles. The second reason Reno and Sparks will be seeing more diesel-powered vehicles is that diesels are more fuel-efficient. This is because diesel fuel has a greater energy density compared to gasoline. Which translates to more power per barrel of fuel. In your tank, it translates to better engine performance and about 20% better fuel economy.

Reno and Sparks residents may think of black smoke, noise, and a definite “shake, rattle, and roll” when they think of diesel engines That’s also a thing of the past. Today’s diesel engines run as smooth and quiet as gasoline engines while producing cleaner emissions. That three-second wait behind a diesel vehicle at a stoplight? A thing of the past? Modern diesels are just as accelerate just as quickly as other vehicles on Reno and Sparks roads.

Biodiesel can be manufactured from vegetable oils, including used cooking oil from Reno and Sparks restaurants. Just think, one day you could fuel your vehicle on what was once considered waste—one step closer to a cleaner environment here in NV. If you thought hybrid cars were environmentally sound, consider what a diesel-electric hybrid could mean.

Reno and Sparks drivers who are considering buying a diesel-fueled vehicle should know there are differences between diesel and gasoline engine preventative maintenance and inspection schedules. Diesel fuel is harder on emissions systems than gasoline. This results in the filters and other devices have to be changed and checked more often. Also, a diesel fuel injection system operates at much higher pressures than gasoline system. Keeping it clean becomes a higher priority.

You have to learn some new rules of vehicle care when you switch from a gas vehicle to a diesel. But you won’t be alone. Most Reno and Sparks auto repair shops are aware diesels are coming to North America and are already prepared to provide service for diesel engines. At Wayne’s Automotive Center, we are well-versed in diesel technology. Our team of reliable automotive professionals stands ready to provide quality service for your diesel-powered vehicles.